DEAR READER. YOU HAVE IN YOUR HANDS THE INFORMATION SUMMARY OF THE APPARITIONS THAT OCCURRED IN PEÑABLANCA  FIFTH REGION OF CHILE.

Between 1983 and 1988 the apparition began in Peñablanca CHILE. “THE COUNTRY THAT I WAS WORST RECEIVED ”  this was according to the Blessed Virgen. Jesus, the Saints ,the Angeles, and specially our Lady, bring with their presence a message for all humanity.  Which we will present in the following pages.  Almost  winter of  1983 ,It was a  Sunday ,June 12 , three youngsters go for a stroll up the  hill “El Membrillar “ which rises immediately at the north of Peñablanca, next to Villa Alemana in the Valparaiso Region, Center of Chile. While the two youngsters  were inhaling neoprene, the third called Miguel Angel Poblete was upset because his friends had lied to him, he was told that they were going to the hill to ride horses , so he decided to go on his way immediately , and began looking  at the view  and the rocks covered with green grass.  All of a sudden a bright light grabs him , a little brilliant cloud swirls on a little shrub next to him.  Frighten, he runs but he is stopped by a soft and sweet  voice that calls him by his name  MIGUEl, MIGUEL ANGEL . He turns around and sees a foot over the shrub with both feet uncovered, a beautiful lady, over Her shoulder has a blue mantle,  over her head a white veil , on her waist she has a hanging rosary. She is very attractive, nice, and beautiful. The boy exclaimed Holy Mary, and making the sign of the cross with his fingers.  She smiled  CONCIBED WITHOUT SIN.  He feels so relieved that he falls on his knees.  He is in ecstasy and Our Lady tells him.

DO NOT BE AFRAID ANGEL FOR YOU WILL HELP ME.

The other youngsters, were stunned  by the drug they inhaled , they were not  concentrated, they only  observed  the scene, seeing Miguel strangely on his knees , with his face looking up ,  and they hear her petition.  THROW AWAY THAT DRUG AND TELL THEM TO COME . Only  one obeys for little a moment   PENITENCE PENITENCE, she says looking at the sky.  Then Pray the Rosary.  The session ends, and Our Lady invites him to “COME TOMORROW”.

That is how the marvelous revelations of Peñablanca start, it took place  for 5 years until the 12th  of June of 1988.

Most all of them took place in this site, but there were also some sporadically in other places, 480 apparitions can be accounted for but maybe 500 at the most.

After the first gathering, it was generally advised when the next one would be; She made it very easy to attend, in two occasions more than 100, 000 people attended. The whole Country knew about it and the news expanded though out the land.  From the start people came from the surroundings of the site, but the media  and the eye witnesses , where giving out the messages, that way more people came from al regions of the country  , many nations next to us and even from  foreign places like Argentina, Bolivia, Peru, Colombia, Venezuela, Ecuador, Brazil, Honduras, United States,  England, Spain, Japan, and others.

Some would come due to the novelty, others to be close to God and Our Holy Mother.  Boys, girl’s, youngster, women, men, senior citizen, sick people, nun’s, preachers and curious people of all sorts.

The phenomenon occurred at every hour of the day and night.  As far as your eye could see you could see how people followed the seer, there were vigil prayers around the clock.  The hill was converted into a Sanctuary of Grace, by self-initiative, it can sublime, and coherent was contained.

Our Lady explains her presence:

I HAVE COME TO SAVE SOULS THAT ARE GOING TO PERDITION.

In a later apparition it was heard:

I HAVE COME TO GIVE MEN ANOTHER OPPORTUNITY

TO BE PREPARED FOR THE SECOND COMING OF MY SON

Why have the massages of Our Holy Mother been kept away?

THE MESSAGES THAT I HAVE GIVEN HAVE ALWAYS BEEN HIDDEN.  I WILL CONTINUE

GIVING THE SAME MESSAGES AS I DID IN FATIMA AND IN LA SALETTE AND MANY MORE.  MY HEART IS SADDENED WHEN MY MESSAGES ARE HIDDEN BY OTHERS.

Miguel Angel Poblete was born in Curico 27th of May 1966, when the apparitions started he was 17 years old. His mother was a single mother, and abandons him few days after his birth, she gave him to a nurse of such hospital of that city, and the nurse gave him to Doña Emelina Jara.  This lady had 3 children , she was married and had  a shelter for abandoned children ,so she receive Miguel Angel, and had a special affection and sweetness towards him ,after all, she had him since birth.

All of his infancy and childhood went by with a lot of attention and sweetness, keeping this period the best of his memories.

He received a poor religious education, very elemental, but enough to keep him away from vicious practices that he would endure in later life, these rudiment religious lessons was the only things that conserved him at the moment of the apparitions.  In 1975 Doña Emelina widowed,  she was left  in a very difficult economic situation, so she had to close the foster home where she had all the children that she maintained.  She went Santiago to live with one of her daughters that was married. For economic and family reasons in 1978 she put Miguel Angel in a foster home el Cañaveral (camino a farellones). This is the beginning of a horrible way of life,  he was not accustomed to those places, he would escape continuously , and he was placed in several homes all with deficiencies in relation to his atmosphere and the attention to the minors.  At the beginning of the apparitions the youngster was isolated in the home of Van Bouren de Villa.

Alemana followed a hairstyling course and some primary studies that he did approve. For circumstance beyond his responsibility, the boy was expelled from such home, the end of July 1983; he was placed in a modest home of Quilpué of the Comelin family which the boy knew from sometime ago.

He was received by the Aravena Eliott family which was a very Christian family which lived in the Comuna Independencia in Santiago, where Miguel Angel found a stable family atmosphere.

Later his necessity to be next to Villa Alemana, due to the apparitions where more frequent

He went to live at Maria Luisa Paredes home which was a very simple in Peñablanca. (*)

In these two homes, he receive a good example and the love that so many times he needed when he was in the fosters home and where he suffered so much aggressions.

(*) Maria Luisa Paredes wrote a book of the operations.

EXTRAORDINARY SIGNALS PRESENT AT THE APPARITIONS.

Visible communions, some even with blood.

Placement of a candle next to his chin without burning him.

In other languages he would sing and write, he will answer questions that were made in the interior of other people mind. Identification of priest that where going incognito. he would fall without bruising   and do impossible positions . Running looking up towards the hill and going down without tripping. He would sustain people’s weight with no force. His pupils would not dialect to the bright light or even to the pinches , plucks of  needles or tree needles.

The most relevant and more clear veracity of these apparitions was the conversions of centenaries of people, a lot who were far away from  the faith and others where filled with piety and  spirituality , this is a very important  argument  and seriousness of the apparitions.

A lot of diseases where cured, invisible communions for the rest of the public ,but were felt as real by the person who received it. The images would cry. There were also smells and perfumes that were not explainable. Dances and changes of the colors of the sun. Photography of the sun, moon, flags, etc. with surprising  effects. We have as an example the photography of two nuns. Juan Pablo II in a flag. The silhouette of the Holy Virgin next to the moon and many others that the people who assisted the apparitions have. We bring out specially the sequence of photographs of miracles of the Holy Virgin which were obtained from the home of the Aravena Elliott family of Santiago.

MEDICAL OPINIONS OF THE STIGMAS

The night of the 12 Th of July 1984 was one of many times that the stigmas were visible in the veer.  Stigma   (marks or signal that appears in the body).  Next we will remember the declaration made by various doctors that were present in the Apparitions.  He starts to give testimonials and saying:  I am doctor Alan Rojas   Dermatologist of Santiago and I have had the opportunity to observe these manifestations that have appeared in the skin of the hairy body of Miguel Angel, this afternoon  the one we are able to see this instant.   These manifestations correspond to what we call stigmas” that have appeared in time and in history to Saints or persons that enter ecstasies.  There are numerous points of bleeding , in Miguel Angel’s, case they have appeared in his head , there are  twenty to twenty five, more or less, and they correspond to pointy lesions  , for which blood comes out of them, this happens right under our eyes and has no natural  explanation. It does not have medical explanation, so as I can say they are supernatural.  Next is doctor Carla Hieber also dermatologist who has had experiences about stigmas in veers of other continents.

Then doctor Adela Frias LarrainPediatrics which also says that the boy bleeds spontaneously on various points of the head. Then 3 priest give testimony of what they see.  One of them. Father Manuel Salinas preacher of Los Vilos says:

I am contemplating great sores on Miguel Angels  head . Even some drops fall over my napkin and for me this is not natural. The  hand of God is here.Christ is showing us  His love and we have to react and change our lives to show him that we are truly his children and He can have pity on us.

Also some other people come close from the public, there are reluctant people and Mormons.

It is difficult to choose a message. All of them are full of beauty , clarity and context .

Just  by themselves, they are a confirmation that  She is who visits us, The profound Cristian character in all its words ,the preoccupation that they reflect, the sublime   and incomparable that it shows, the university of its reflection , the profound of it conceptions, the similarity  manifested on other apparitions, many of them recognized  by the church. In these messages there is a need for change of life,  such an urgent matter for there is “ little time”.

There is a call to a life more accord with our faith , being good Christians and loving our neighbor . And finally the confirmation that they have and what it is taught in the Bible. Everything shows a Divine origin .

It also says about the next Dogma of Coredemptive when she announces her new name :

I AM THE INMACULATE HEART  OF THE ENCARNATION OF THE SON OF GOD. 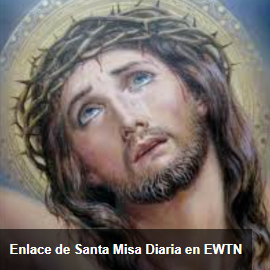 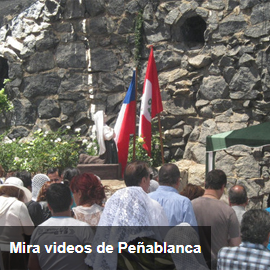 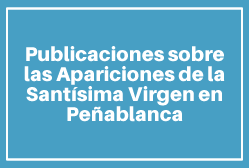